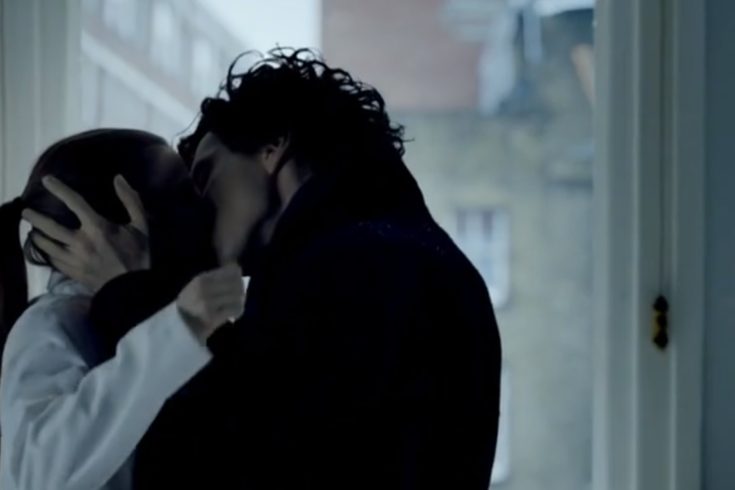 Less than a month ago you had moved into 221B Baker Street, and life wasn’t as bad as you though it would be there. Actually it was amazing. At first you were weary about living with the infamous Holmes and Watson but after realising how you felt for Sherlock, and how he felt for you, life never had a dull moment.

It all started one afternoon, John was out on a date, Mrs Hudson was at a book club that she joined leaving you and Sherlock alone in the flat. The evening was quiet until Sherlock started to ask you questions, some very personal. You went along with it for a while but eventually got bored of it so confronted him about his sudden interest in you life. He told you that he wanted to know more about you, wanted to find out what made you tick, what made you happy. He began to apologise for it, saying that he didn’t wish to offend you, but as he spoke you snuck up to his, crashing your lips onto his. He was slow at first but soon started to respond. After that moment, Sherlock had started performing little ‘experiments’ on you. First he fucked you over the counter in the kitchen with very little warning. Then he fingered you under a blanket while Lestrade and John were discussing a case, causing you to cum on his hand, twice.

That’s what brought you to here and now, laid out on his bed, arms bound to the head board. Your eyes were covered by his famous scarf, stopping you seeing what he was doing. You felt a little self conscious laying out in his bed in nothing but your panties but in the same way felt proud that he had chosen you. It wasn’t like the infamous Sherlock Holmes had sex with people a lot. Your were brought to attention by the sound of foot steps coming closer to the bed. A smooth hand ran down your stomach, stopping just before it reached where you wanted it. You moaned as it stopped, bucking you hips trying to get him closer to your core.

‘Uh uh uh.’ Sherlock spoke, the smirk he was wearing evident in his voice. ‘Your tied up. Its up to me what happens now.’ You moaned as he said this, Sherlock would only do what he wanted to do and you knew it. He wouldn’t give in to you. Sherlock leant down over you, attacking your lips with his, which you happily returned. His tongue slipped across your lips, asking for permission which you gladly accepted. You fought for dominance, slipping your tongues over each other’s, but you gave him the lead.

As he kissed you his hand started to massage your breasts, pulling gently at your peaks until they hardened.
‘Ah!’ You squeaked, enjoying the feel of his hands on you. He didn’t respond, not in a way you could see anyway. His hands turned to the other breast, repeating what he had before. His lips pulled away from yours, attaching themselves onto your nipple that he had just pulled about. As a cry left your lips, you felt him smirk against your breast as he lightly bit the top. He pulled away, ‘You like that? Oh I bet you do. Tell me, do you like that?’ He said before attaching onto the other breast repeating what he had done before.

‘Y-yes,’ you replied in a breathy moan. When he was finished he pulled away before trailing wet kisses down your stomach, stopping at the top of your panties. He leant back a bit, enjoying the view. A long finger ran across the fabric of your panties, causing your hips to arch into the touch in search of more friction. Sherlock wasn’t going to let that happen though so he pulled his hand away.

The bed moved as he got up, alerting you to the fact he had left. You heard his gentle steps plodding round on the wooden floor. A soft sliding sound came from the other side of the room. It sounded like a draw being opened. The placid tapping of his feet told you that he was coming back towards you, the bed dipping as he sat back down.

humming buzz in his palm, ‘is going to go right here.’ Slowly he pushed the toy against your clit, a wonderful buzz pouring through your core. You moaned and squirmed under it, wanting to get more into you. He pulled away seeing how excited you were getting no under its touch. ‘You can’t have that until I’ve given you this.’ He set the bullet vibrator aside, holding up what was in the other hand. It dawned on you what it was filling you with worry, but you defiantly weren’t going to say no. ‘Do you want this? Feel this in your tight ass while I fuck your pussy? Such a naughty little girl aren’t you. You like being filled don’t you?’ He asked, leaning over he to the side to get the lube. You only nodded you response, which he disapproved off. ‘Uh uh uh. Use your words.’ He smiled at you before pulling the tie back up to cover your eyes.

‘Good girl,’ Sherlock smirked again as he covered the toy in his hand in the lube. ‘But because you didn’t use your words, I’m going to take away your ability to see.’ With the last syllable out you felt a push against the muscle of your arse, causing you to contact the muscles. ‘Relax, baby girl. Just relax. I promise it will be nice,’ you did as asked, allowing your lower half to become floppy. ‘Good girl,’ he replied noticing hot visible relaxation. He pushed the toy in further, stretching you out as it went. It was sore at first but once it had bottomed out, the base firmly seated between your arse cheeks, the pain became pleasure. You moved your hips, adjusting to this foreign yet wonderful feel. ‘Well done.’ Sherlock whispered, the bed moving as he got up. You heard the gently pat of his shirt hitting the floor, then the heavy thud of his belt accompanied by the light plonk of his trousers. The bed dipped again, the dip moving as he moved to between your legs. A hand ran up the inside of your thigh, collecting your womanly juices. You heard him hum when he pulled back, ‘Mmm princess you taste perfect.’ You blushed a bit.

His hand found your hips, carefully moving you ups little. He rubbed his cock against your folds, slicking himself up a little before pushing into you and starting a relenting pace giving you no time to adjusts. You by your lip, trying to contain the cries of pleasure when his hand came down on the tops of your thighs.

He kept thrusting hard, the bullets intensity being increased every now and then. Your started to feel the tightening in your stomach, knowing what was coming you sighed out his name. With a kiss, Sherlock allowed you to release, you walls clenching around him as your screamed. You rode out your orgasm, feeling Sherlock find his end as he came inside you. He kept thrusting until you were done, pulling out only when he was soft. You sighed, feeling exhausted and yet packed with adrenaline.

‘Aren’t you going to untie me,’ you asked, feeling the bed shift as Sherlock go off, his soft pattering on the floor.
‘You thought we were done?’ Sherlock sounded closers. A sharp pain when through your chest as he attached a peg to you nipple. Soon the pain became pleasure, and he did the same to the other. ‘I’m not even half way to being done.’ 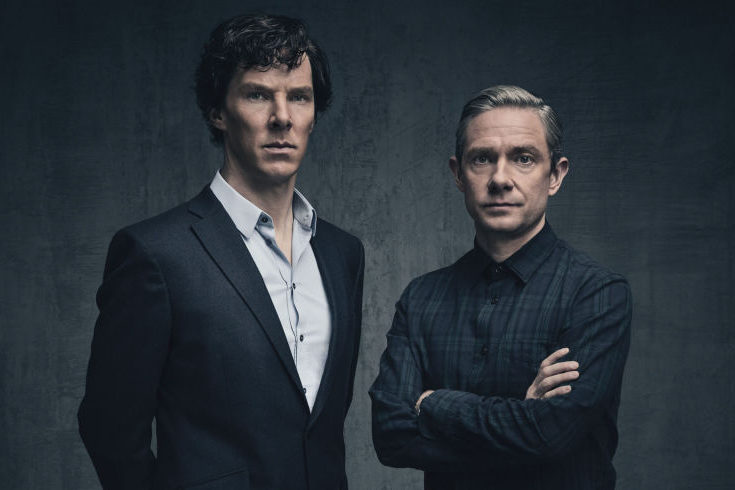 Have you ever imagined having sex with Benedict Cumberbatch‘s version of Sherlock Holmes? Actually don’t answer that — I know we all have, and I don’t want you to lie to me. Just say the words ‘yes a thousand times yes’ aloud, and then come along with me as Benedict describes what sex with Sherlock would be like. This is not a drill.

It’s basically as if our dear old Bennybatch got on the internet, saw that people were, um, curious about what sex with him would be like, and then decided to fulfill each and every one of our fantasies for ever and ever by talking us through it one spine-tingling moment at a time. Oral sex or maybe something other than your spine is tingling. I don’t know. The only thought that’s consistent in my brain now that I’ve read and re-read this interview that he gave to Elle UK about sex with Sherlock is…’I think I need to lie down’. The thought is hard to imagine but there’s even more bizarre, having sex in public while wearing pigs mask. Over the top act of sexual fantasy that deserve their genitals to be locked up.

“You know I’d get the, I’d probably test the latex, if it involved prophylactics, beforehand. I’d do a little experiment to do with durability, length, girth, and um, strength. And um, I would probably take a lot of vitamin supplements to make sure that I could perform, and had had my sleep, and probably not had many cigarettes. Or drink, for that matter. Not that he does drink.”

Hi sorry to vanish like that, my stomach just dropped out of my body for a moment. Somewhere between the words ‘girth’ and ‘strength’, I think I may have blacked out.

“I would probably watch a lot of porn…I might have to shave, um, areas to fit in with a modern idea of bodily hair.”

Okay sure, hint taken, you have hair down there I dig. BUT THERE’S MORE.

The word ‘devastating’, you guys. Devastating. I can’t even begin to address the rest of it, because everything from the pronoun confusion to the fact that BENEDICT IS FULL-ON CYBERING WITH US has me in a bit of a tizzy.

“I’d know exactly how to get that person into it, and get pleasure out of making that person feel pleasure to the point that I probably wouldn’t even have to enter…But when I did it would be explosive.”

Honestly just sitting here staring at that last sentence. Don’t even know how to address it. Will probably just sit here perfectly still until I faint and topple over, at which point I’ll be relying on one of you (or John Watson????) to fetch me my smelling salts.

So you are sharing your bed with a partner from the last several years? You will able to know that the sleeping habits of your partner. If you want to create strong bonding with a partner, then you must share sexual fantasies with him.

Everyone has different fantasies, and outdoor sex is one of them. According to our law, outdoor sex is utterly illegal; it is disturbing to the viewers. However, if you want to do sex in public then it would be quite dangerous for you.

Bear in mind that you will get arrested or you have to pay additional charges for it. It has become a common desire, but it seems impossible for everyone. If you like adventurous, then it would be an ideal option for you.

Most of the women’s want to create romantic scenes in a particular location. In general, most of the women are emotional. After starting a romance, they will lose control ease and become an ideal option of someone’s requirements. However, make sure that you are spending a lot of time on foreplay. 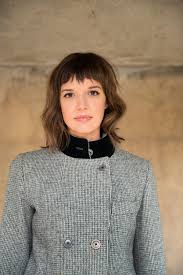 Hi, I’m Cherry. I’m 18 years old, and I’m a Sherlock Holmes fan. I love to watch this series and read articles about the actors of this show. 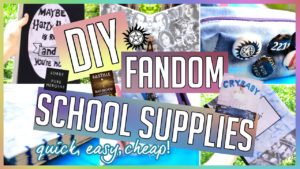